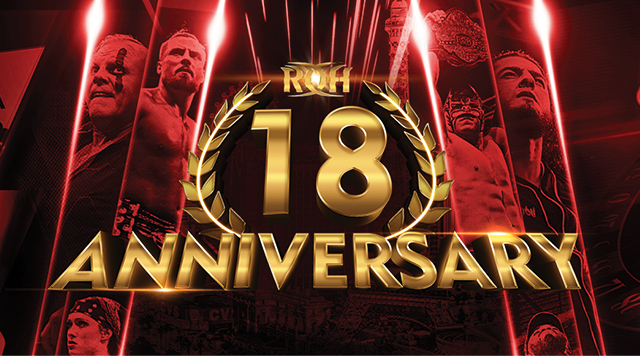 March 13 & 14 Sam's Town Live Tickets from $27.00 rohwrestling.com Facebook
Youtube
Ring of Honor is an American professional wrestling promotion founded in 2002. Their weekly television show Ring of Honor Wrestling can be seen in over 40% of American homes. The Best Wrestling on the Planet also holds television taping's and pay-per-view events throughout the United States and Canada and have held shows in the United Kingdom and Japan.

Ring of Honor returns to the fight capital of the world to celebrate its 18th anniversary for a weekend of events! Friday, March 13 will be the live 18th Anniversary pay per view taping. Then on Saturday, March 14, ROH alumni such as Doug Williams, Homicide, Matt Sydal, Necro Butcher, and more will take on the current stars of Ring of Honor in the ROH: Past vs. Present live television event taping!

Cost:
Tickets from $27.00 plus taxes and convenience fees

Management reserves all rights. Under 18 must be accompanied by an adult.